Come Fly With Me!

When you’re taught shame you’re taught subtle self-hatred. If you’ve had handlers who didn’t love themselves you’ve been exposed. It’s very difficult to not replicate habitual behavior. You can’t see the real you until the lies are removed. You don’t have to be permanently grounded. No matter what’s happened. There are ways to spread your wings, feel the lift, and change your view.

I found an injured bird when I was a boy. I still remember thinking how sad it was to see that bird flopping around on the ground. I didn’t realize the larger lesson I would come to learn. All that bird wanted to do was fly. He was meant to fly. He was created to take to the air, feel the wind under his wings, and soar. Going around in a circle, because his natural state was altered, the helpless little bird seemed afraid. He squealed with a painful sound that’s stayed with me all these years. I wanted to do something but didn’t know what to do. I really wanted to fix him. I wanted to see him back in the air.

I never thought to shame him for being the way he was. I don’t remember calling him a failure. I didn’t belittle him for being stupid enough to get himself hurt. I had no desire to kick him to the curb. All I wanted to do was aid him. I wanted to help him fly again. I had the ability to care. Be concerned. Do the right thing simply because it was the right thing. Compassion and empathy were present without restraint. I had the capacity to do something, so I did.

I picked that little bird up and carried him home. An examination revealed his wing was broken. I took a popsicle stick, some tape, and I bandaged him up. I put him in a cardboard box to be safe. I fed him with some water and bread. I found out that some older boys had busted his wing when they hit him with a rock from a slingshot. They made fun of me for nursing the bird. I don’t remember how long it took, several days, before I removed the bandage. His wing had grown back together. Nobody, maybe not even the bird, thought he would fly again. Everyone thought his condition was final. What was believed to be fatal only needed someone to care enough to do something. 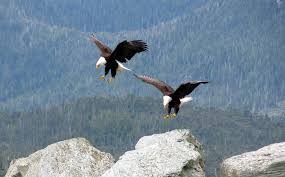 Image courtesy of publicdomainpictures via pixabay.com

We don’t all have the same wing span. We don’t all take the same flight path. Everyone isn’t going to soar to the same height. But we are all born to feel the wind under our wings. No person comes to the world to be ugly, hateful, or belligerent.

Something went wrong on their way to beauty.

Wanting you to fly, more than you want to fly, won’t be effective. But if I listen beyond your noise I can hear your authentic voice crying to get airborne. If I give you what I want, in my own life, I have no doubt we will see the mountaintop together.

One of the best moments in my life was when I tossed that bird up in the air and he took flight.

Who, and how, will you help someone achieve their dreams?