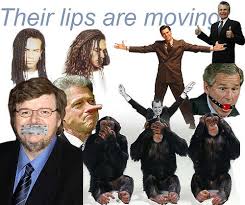 Image via flickr.com, by KazVorpal

I have yet to meet the physical embodiment of pure honesty. The science and psychology studies on lying (Vanessa Van Edwards and Bella DePaulo, Ph.D to name two) reveal evidence about our bent toward embellishment and down right deception. Does everyone lie? The data makes it difficult for anyone to exclude themselves. If you argue for your complete honesty would you be telling the truth?

Are the little falsities we use on one another causing any real harm?. How are you?we ask. I’m fine, you reply. Are you fine? really. No, you don’t look fat in that outfit. Is that true? What’s wrong? we inquire. Nothing, we answer. Why does the tone and body language tell a completely different story? Are these tiny inconspicuous, every day responses, having any residual effects?  The guilt we feel seems to indicate we might be inflicting ourselves with extenuating circumstances . But we are only trying to be nice, right? Sparing the other person from negative feelings is a decent thing to do, isn’t it?

Once the door is open we find it hard to close. You bump into someone you can’t stand. They don’t know how you feel. When you say how nice it is too see them, they believe you. You might have extended an invitation you didn’t mean to send. Since they think you like them they may seek you out to spend time with you. Now you have to make up excuses for why you can’t have lunch, meet for dinner, or go shopping together.

We say, I’ll call you, when we have no intention of calling. I’ve been told; I’m praying for you by people who weren’t known to pray. Am I to believe they will suddenly embark on a spiritual practice on my behalf? Is there anything sacred? If we can fudge on prayer is anything off limits?

All Lies are the Same Color

Image via deviantart.com, courtesy of TheRedFerret

When it comes to prevaricating our greatest violations are reserved for those we love. The people we are closest too are recipients of our biggest whoppers. Our rationalizations don’t alter the color of our leg pulling. Pigmentation remains the same while size and intensity enlarges. If you are late for an appointment it’s more excusable to say you were stuck in traffic than to admit you forgot. As the stakes go up and potential loses mount our creative juices begin to flow. We dance to the beat of a heart afraid to be exposed.

In a survey Dr. DePaulo conducted, college students lied in one out of every three social interactions lasting more than ten minutes. Wanting to influence what people think of you is a motivator to lie. You can’t really say, I don’t care what people think of me, because that is most likely not the truth. We don’t want to get caught in a lie. Be punished for lying. And we definitely don’t want to be embarrassed for lying. We lie to save face, avoid complications, and having to admit wrongdoing.

Switching to my own experience now, I offer the following observations. If you have parents you’ve lied to them. If you have kids they’ve lied to you. You have also lied to your kids. Teenagers are walking breathing lie factory’s. Did you know Bankers ranked higher than politicians for lying? Men and women of the cloth say things that aren’t true. If you’re married, well, no further explanation required. People who abuse power live a life of deception. An addict has some storytelling going on. Ever seen a trail in a court of law? What do the facts have to do with anything?  The truth might set you free but some believe the lie is what keeps you alive.

One good point in the data I read, is this, as we get older, we lie less. Maybe it’s because we have less opportunity. Fewer social interactions. Or maybe its because we finally figure out what really matters in life. A creative writing teacher I had in the seventh grade, once told me, only an honest man knows when to lie. I’m still wrestling with understanding what he meant.

The more we lie to ourselves the easier it is to lie to each other. When we make commitments, we don’t follow though on, we stop believing in ourselves. We can get so comfortable saying things that aren’t true we can’t hold ourselves in high regards. Trust slips into the unknown. We have difficulty trusting other people because of a lack of self-trust. I’m a liar. Always have been. I lie less now than I used to. I’m feeling better about other liars since I cutback on my own deceptive practices. I didn’t mean to be a liar. I didn’t want to be a liar. It’s just that I was so naturally good at it.

Once I got into truth-telling my personal power increased. I experienced an upsurge of energy. Dreams reemerged with encouragement. I even started liking myself more. My ability and desire to be apart of a team escalated. I gained clarity as I embraced transparency. Joy and enthusiasm lasts a whole lot longer. Life’s challenges aren’t as harsh since I stopped the blame game. Self preservation is a formidable force. I want people to see the real me so I’m working hard to get were there is no lie left.

Man, this honesty thing is the balm!

An Aha moment is when a lie gets confronted! Share a comment about what you’re doing to reach your truth?