Home » Blog » For The Love Of Pajamas!

For The Love Of Pajamas! 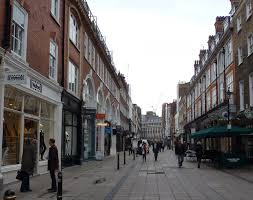 Being on the outside, looking in, isn’t always a bad thing. Case in point; Window Shopping. Looking at stuff, without touching, smelling, or trying anything on is a way to save big. Of course, you won’t be able to parade around in designer trends or the latest fashions.

I have a friend. I won’t mention his name but, his initials are, Rick Dempsey. We share an affinity for shopping. Some have suggested that we are a couple of guys in touch with our feminine sides. As if shopping belongs exclusively to females.

I can tell you whether we felt stressed, depressed, or on top of the world we could shop. I’m definitely the better shopper. One time we went to Tijuana’ back when good deals, especially for leather, were worth the trip. On this bargain hunt we had another friend with us. Our guest and I negotiated respectable deals before we headed back across the border. Dempsey claimed he wasn’t looking for anything and didn’t make a purchase.

It’s common for traffic to be backed up to get through the border checkpoint. There were merchants, including sad-looking children, knocking on the car windows trying to sell you something while you’re stuck in traffic. It takes a lot of self-control not to buy things. This day Dempsey failed miserably. He impulsively purchased an awful green colored purse. claiming his wife loved green. He believed it to be leather. It turned out to be pure vinyl. He tragically overpaid.

Oh yes! We were relentless. For the hour drive home we didn’t let him catch his breath. Laughing at him. Teasing him. Bad color, paid too much, and vinyl to boot. We get to his house and he proudly presents his prized purchase, in hope of redemption, to his wife. Her response was priceless. What made you buy that? she asked. I was thinking of you, he quipped. You can always use another purse, he begged. And you love green, he demanded. I don’t need another purse, she stated. And this green is terrible. Plus, it’s vinyl. I don’t remember how long I was on the floor but my stomach was sore from laughing for several days. Buy with your emotions and suffer the consequences. In retail and in life.

Turnabout is fair play. It’s Christmas time. Dempsey and I are shopping at Nordstrom’s Rack, in San Diego. One last gift for my wife. We’d been shopping for hours. We combed the store and I was striking out. Money was tight. I was hoping to find an unbelievable deal for fifty bucks. We were about to reach the exit doors when I spotted the sale rack. Everything for $20.00.

I tore into it. Boom! 100 percent silk pajamas. Small and petite. The gods had smiled on me. I pulled them down and headed to check out. Feeling like once again I  had out done my friend. Did you find everything? the lady asked. Yes ma’am. This is my last gift. I’m done Christmas shopping two weeks early. I pulled out thirty dollars to cover the sale and tax when the lady said, that will be a hundred, seven dollars, and thirty-two cents.

There must be a mistake, I said. I got these off the rack that said everything for $20.00. I’m sorry, she replied. Somebody must have hung them there by mistake. Dempsey was just about to die laughing. I had bragged about what a good shopper I was. Displaying my discipline when he tried to get me to buy things. Saying, he knew my wife would love it. I held my ground until I came up with the deal of the season. He showed no mercy. Obviously holding a grudge. Relishing in his chance to get back at me for Tijuana’.

The lady asked if I still wanted the pajamas. There was a long line. She said I’m sure your wife will love ’em. I didn’t have enough money. I pulled out a credit card and completed the transaction. My best buddy was choking on his retribution. Although Tina wore them they were not her favorite. They were cold in the winter, hot in the summer, and slippery too. If it’s not what it’s advertised to be it’s best to put it back. In retail and in life.

FOR THE LOVE OF PAJAMAS? I think not!

Have you made any bad purchases?

0 thoughts on “For The Love Of Pajamas!”