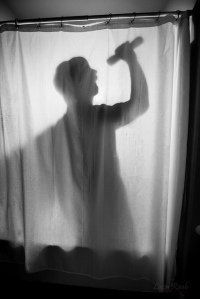 Leelee is sitting up in bed. Resting against the headboard. Smiling. On the edge of bursting out in laughter. Alex is singing in the shower. Not just an underwater hum. This resembles an on stage performance. She has never heard him sing before. He likes music. He might turn up the volume on a favorite song, but to break out in a sing along, just isn’t his style. No music is playing in the background. Alex is making his own melody. She is pretty sure he’s making up his own words too.

Life is different. The past months have brought them closer together. She never imagined Alex the way he is now. She saw him as a good man. Loving. Kind. But he always had an edginess. He could be forceful. Even intimidating. She learned how to bring him around. Reign him in. Much of that part of Alex is gone. Empathy has replaced his dissonance. He’s open. Engaging. Much more calm. He looks more alive. Vibrant. Not out to conquer the world. An inner peace rests where turbulence used to be. There’s a new man walking in his shoes. She likes it. A lot!

They usually slept in on Saturdays. Lately, Alex has been getting up early. Making sure to be quiet to let Leelee rest. Waiting patiently for her to come downstairs. This time he went straight to the shower. He certainly isn’t being quiet this morning. She can’t think of a better way to wake up. Her sense of tranquility is sustained as she listens to Alex singing. Wow, she said out loud. The baby just gave her a kick. She isn’t due for a few weeks. For several days, and nights, the baby has been quite active. Since the early scare, the pregnancy has gone very well.

Alex peeks around the bathroom door. It dawned on him that he might have woken Leelee. She grins at him. Says, I really enjoyed your concert, Alex. Did I wake you? he asks. No, she responds. I wouldn’t have missed it for the world. I’ve never heard you sing, Alex. He blushes. Not knowing what to say. Leelee tells him, I didn’t want you to stop. I think the baby must have liked it too. He was dancing away. Gave me a few kicks to show me he was having a good time. He sits on the bed near her. Puts his hand on her belly. Is he still moving? With perfect timing, Alex feels the baby pressing against her skin. She grunts slightly. They both giggle. 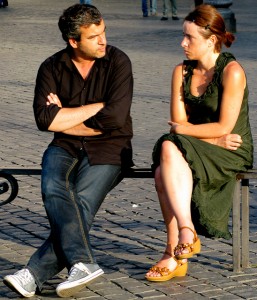 They head to the kitchen. Get the water going for tea and coffee. Decide they only want toast to eat. The conversation steers toward what it will be like to have the baby. Life will change. Drastically. They can’t wait. They’re still discussing names. They’ve had lots of suggestions. They just haven’t hit on the right one yet. The conversation moves to parenting. How do they want to raise their child? Lots of back and forth. They mostly agree on everything until religion comes up. Leelee believes the new experiences Alex is having would roll into her faith. She’s surprised by his resistance.

What is your hesitation? she inquires. My faith has been good for me, Alex. I’m sure if you give it a chance you will like it too. I’m not excited about any church I’ve ever attended, he replies. I think organized religion leaves a lot to be desired. What do you mean? she challenges. I think there is too much ritual. I don’t like the way you’re constantly told how to live. It’s like people aren’t free to think for themselves. Your expected to just comply with whatever is being promoted. I just don’t think that religion has made any real impact on the world. It separates people. Which one is right? There are so many.

I know that I’ve been experiencing God, he continues. For the first time in my life I’m not questioning if God is real. I don’t know exactly what it all means yet. I do believe what is happening inside me is a game-changer. I want to figure this out. He asks Leelee, are you willing to consider something besides your religion? She pauses, caught off guard by the question. I have to be honest, Alex. Since you didn’t have a particular religion, I envisioned you would come around to mine. Do you think that is fair? he asks, wondering. I never thought about it that way, she admits.

I’m just now coming to experience God, he laments. I do want our child to believe in God. I just don’t know, today, what to tell him about God. I’m searching for answers, Leelee. For myself and our baby. I’m even wanting you to explore your own beliefs. I don’t think you have ever had my questions. How would you know my answers? What are you saying, Alex? Are you asking me to dismiss my faith? Fearing he might be upsetting her he slows the conversation. Not at all, he replies. I think I have to ask if you can understand where I’m coming from? Have you ever considered there might be a better way than the way you were raised? What if God has more for you than what you’ve experienced so far? 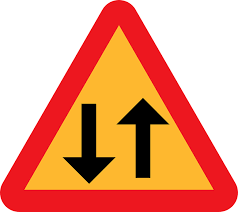 Image via pixabay.com, courtesy of ClkerFreeVectorImages

Leelee ponders, I think I have some things to think about. This is somewhat of a surprise. I’m not sure what I’m feeling right now. Alex reassures her, no decision is being made. I agree this is important, Leelee. I think what has happened to me, before this baby arrives, is intentional. I also think this is happening to you. I believe this is something we’re suppose to discover together. We might end up at your church. But I need to be sure about what we’re doing. Can you be open, Leelee? I’m only asking for you to consider that God might have a different path for us to follow. Whatever we decide, we have to decide together. I agree, Alex. Let’s ask God to show us the way. I’m sure He will.

Marty will return next Friday!